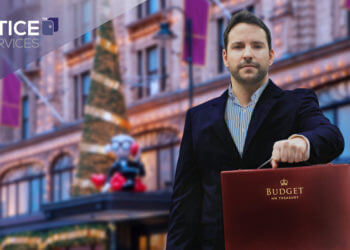 What were the main announcements in the Autumn Statement 2015?
2015 was a special year for people interested in Economic and Politics. Personally, I believe that these two subjects must not be too close to each other. The reason? Politicians are supposed to make decisions that are good for the future of the country, not make decisions in order to stay popular with their citizens. In my opinion, George Osborne is trying to keep as many people happy as he can in order to position himself to become the next prime minister. There is nothing wrong with his personal desire as long as we don’t pay the bill for his wrong decisions.
If you remember in the Summer Budget 2015 – published only a couple of months ago – George Osborne said that the budget was for the working people. He also said that his first budget would move Britain from a path of high taxation and welfare to a “lower tax, lower welfare society”.
If I understand correctly, lower tax means that businesses and individuals will pay less corporation tax, less income tax and national insurance. A lower welfare society means a society that isn’t reliant on benefits. I am not saying it is wrong to receive benefits, I am only saying that Britain must be a place where people firmly believe that work is more important than to participate in the welfare system.
After pressure from society, George Osborne made a decision not to freeze and cut any benefits in the UK. Please forget all the welfare cut announcements made in the Summer Budget 2015. If you receive Government benefits you are actually safe but only for the moment. Don’t forget that when the Universal Credit System will be fully implemented almost everybody will be worse off. For me, this means relax now and suffer later.
The U-turn on tax credits only happened because it was the Chancellor’s good fortune that he arrived in the House of Commons armed with a forecast from the Office for Budget Responsibility for stronger growth, lower borrowing costs than expected and higher tax receipts, with the result that public finances will be £27bn better off than expected during the course of parliament.

The main announcements were as follows:
Pensions: The weekly pension amount will increase from £115.95 to £119.30.
Economy: George Osborne insisted that public finances would be out of the red and into the black in 2019/2020. Public finances will be £27 billion better off by 2020. The Government to borrow £8 billion less than predicted. Debt as % of GDP to drop to 82.5% in 2015-2016.
Healthy: Campaigners fear an NHS recruitment crisis after grants for nurses worth
£6,000 a year were axed in favour of loans. The NHS budget is up from £101b to £120b – an extra £600 million for mental health services.
Police: Police were spared the axe. No real-term cuts to the police Budget.
Business: Big firms blasted a £3 billion a year apprenticeship levy.
Queen: The Queen will receive an extra £ 2.7 million in 2016-2017.
Tax credits: £4.4 billion planned tax credits cuts ditched. The Chancellor is to scrap planned cuts to tax credits for millions of low-paid workers.
Fuel Duty: To rise by inflation next April – first hike in 5 years.
Buy to let homes: 3% surcharge on stamp duty for buy-to-let homes to raise £1 billion a year.
Aid: Overseas aid budget to increase to £16.3 billion by 2020.
Council tax: It will rise to pay for elderly care and police.
Up to 80,000 Whitehall officials could lose their jobs.
Right to buy Scheme: Extended to 1.3 million renting from housing associations.
Share ownership: Extended to 135,000 homes for families earning up to £80,000 or
£90,000 in London.